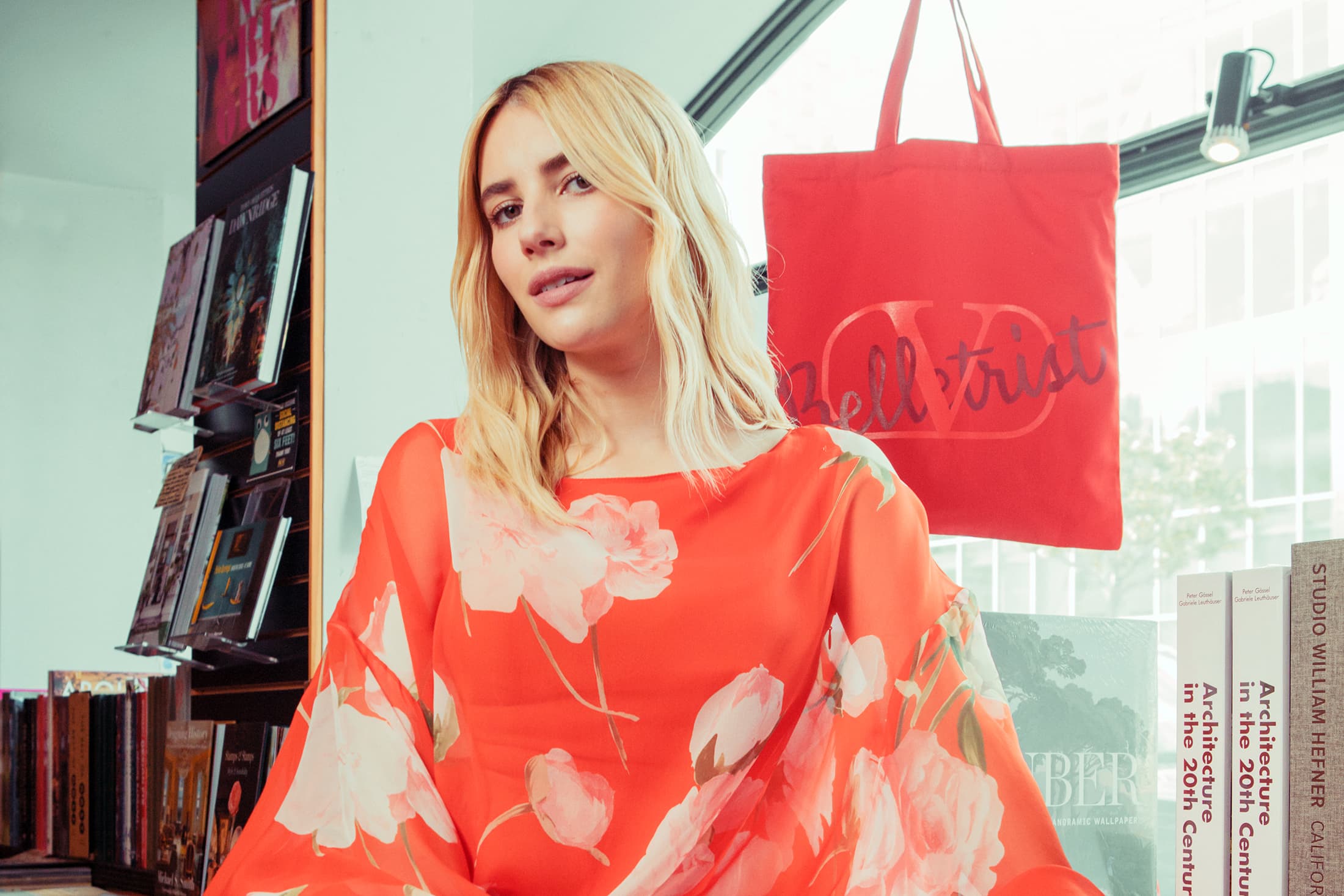 The Luxury Universe has a way of delivering something for everyone. If you look hard enough, you’ll find what you’re looking for- just around the corner. And so it has delivered yet again. For all our fellow Literature lovers, here’s a campaign that will leave you feeling all kinds of emotions. The campaign you’ve always dreamed of, has arrived. And it’s brought to you by none other than Valentino itself!

Priding themselves in being a longtime supporter and “active participant in the literary community”, Valentino and Creative Director Pierpaolo Piccioli have been known for their collaboration with various bookstores, writers, authors and even poets. Take for example the poetry booklet that the Maison released with its Fall/Winter 2019 collection where he commissioned poets like Greta Bellamacina, Yrsa Daley-Ward, Mustafa The Poet and Robert Montgomery to interpret his collection in words. Or, the latest in its pursuits of “Luxury Literary” collaborations, the brand has launched the Collezione Milano Campaign which comprises 3 major elements- The Writer’s Campaign, The Painter’s Campaign and The Narratives.

Starting with the Writer’s Campaign, the Maison invited six renowned authors to create text-only imagery for the campaign representing the Fall/Winter 2021 collection. This campaign, rich and seductive, visualizes the collection using the power of words.

The second installment of the campaign, the Painter’s Campaign, 5 artists from across the globe were given a brief to create a painting inspired by a Valentino Garavani accessory from the collection.

And for its latest chapter, The Narratives, Valentino collaborated with Emma Roberts’ bookclub Belletrist to promote their text-only campaign via nine independent bookstores across the United States where, upon visit, they could also take a limited edition ValentinoXBelletrist tote bag and a personal-sized poster of the literary campaign, home.

Writer’s Campaign by Valentino is the first text-only campaign by any brand in the luxury industry. While images and clothes can say a lot, this first ever text-only campaign challenges the rules of how fashion is supposed to communicate by foregoing the traditional image-heavy campaign. Piccioli continues to look to community and togetherness to convey the power of various communication channels in shaping fashion narratives.

When asked about the campaign, Piccioli said, “I love this idea of all people: a combination of identities. It’s about roots and identities, and I love the embrace of different cultures. It’s about humans. It’s about you and your diversity: your expression”.

For the campaign, Valentino selected cross-genre literary talents Donna Tartt, Elif Shafak, Janet Mock, Lisa Taddeo, Matthew Lopez, Ocean Vuong, Yrsa Daley-Ward, Fatima Farheen Mirza and Raven Leilani. The brief was anything but simple. Every writer was given a blank page to fill (or not!) with stories, love letters, poems or one-liners exploring diverse topics that illustrate a feeling of thought and unity. The writers were given complete freedom to create whatever they wanted for the campaign without worrying about the genre.

See the contributions of the writers to the campaign below-

“I am a poetry reader and this helps me to visualize words and to deliver my emotions and vision. I think poetry protects our humanity and allows inner explorations, it gives you the lens through which one can really touch the nature of our most intimate feelings."

However, there is a very interesting extension to the Writer’s Campaign.

In the latest chapter of the Collezione Milano campaign, Valentino collaborated with Emma Robert’s bookclub Belletrist to release its first ever text-only campaign. For The Narratives, Valentino and Belletrist partnered with nine independent bookstores across the United States to display the texts created by the authors in the Writer’s Campaign in their front windows thus celebrating the brand, literature and book lovers alike.

The Campaign was rolled out on April 21st and ran through till April 28th, 2021. The customers could visit any of the nine participating bookstores to see these posters and take free-of-charge personal-sized posters and a limited edition, VallentionXBelletrist tote-bag home with them. In addition to this, the Maison will be donating a fee to support them and keep their spirits alive. This campaign is a great way to bring the literary community together by means of storytelling.

To highlight the bookstores, Valentino photographed the owners in front of the window displays, each clad in Valentino looks-

The campaign will also expand to include photography, music and film. His passion for poetry is very clearly seen through the campaign. While other brands have been focused on experimenting with other channels of communication, Piccioli and Valentino’s focus on promoting the community of writers and poets strike a special cord.