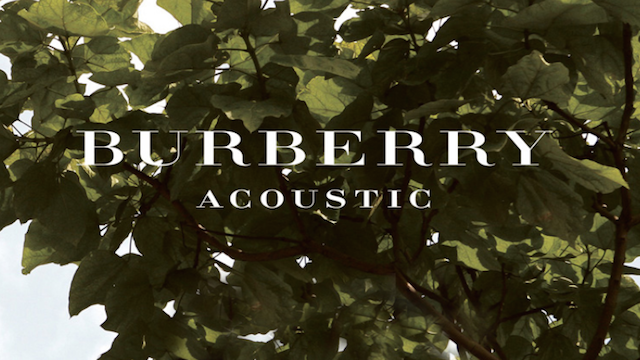 Hearing is our second most important sense after sight and affects all of us. And not just emotions, sound also affects how we react and respond to certain experiences. The kind of music played in branded stores, used in their campaigns and advertising, and their runways and films can help the brand shape consumer behavior and affect how they experience the brand. In recent years, consumer purchase decisions have become more weighted towards emotions than towards functional benefits.

Brands need to be associated with the kind of music their audiences can relate to. But more importantly, they need to use music creatively to make your brand experience more immersive. Music is a wonderful art form which can help tell a story and set a scene, which can be curated to bring a concept alive. It can help activate a brand promise and bring the products alive. The associations generated by the artist, the song, the genre and the heritage can help reflect so much information about the brand as well.

“Music has a powerful effect on the mind and should not be an after-thought for brand experiences”, says Rob Wood, creative director and founder of Music Concierge.

Where music was traditionally used by brands in their marketing, runway shows, television advertising and retail ecosystems, this is gradually changing as brands start picking up on the power and influence of music. Of late, more and more luxury brands have launched marketing strategies where music is being used to personify the brand rather than support or enhance it. For example, Gucci commissioned DJ Mark Ronson to collaborate on a sneaker collection in 2009. Another one of the most notable examples that comes to mind here is-

Burberry has been known to be a leader in the modern branding space, from their innovative campaigns to live fashion shows. The luxury fashion house has always tried to design new and unique experiences for its customers in creative ways. One such attempt it made was back in 2010 when it launched the Burberry Acoustics campaign.

Led by Christopher Bailey’s vision of bringing his love for fashion and music together, Burberry launched Burberry Acoustics as a means to help emerging musical talents. Under his direction, music has been known to permeate everything that Burberry does, from the virtual to the physical.

In the words of Christopher Bailey "We try to make sure that the music always has a personal resonance. We also often talk about the craft of music in the same way that we might cut and sew a trench coat – somebody has made that instrument and now somebody is actually using that instrument to play something". Burberry Acoustics aims to celebrate established and upcoming artists with live performances and special collaborations.

And the campaign is nothing short of genius too. It lets the music take centre stage. Burberry takes a group of relatively unknown musicians, British bands and films their performances in rural, British locations. All of this, while wearing head to toe Burberry clothing, of course. In short, Burberry uses these bands as “live mannequins” and gains recognition from association with some beautifully crafted, personalized music. Cue in the brand’s core values!

This campaign is a reflection of Burberry’s commitment of putting “focus on brand” at the heart of all its operations. Strategically speaking, the brand wanted to highlight its British heritage in a market filled with French and Italian brands. They also wanted to focus on the (much ignored) millennial generation as the emerging consumer segment and generate resonance all the while changing the brand image from dusty and traditional to young and modern.

The campaign is distributed via the website, YouTube and Spotify. The videos feel like short films that are far removed from traditional advertising videos. They eventually led to release CDs and incorporating live music performances in Burberry events.

There have been other brands who have forayed into including music in their marketing activities. For example, Bottega Veneta partnered with Michel Gaubert to curate a two-disc compilation album featuring a medley of past runway show and store playlists, Intreccio Uno, whose cover featured images from the Bottega Veneta Fall 2010/11 advertising campaign. However, this- in essence- was just another mixtape.

There have been hardly any other brands who have been able to incorporate the power of music across all their brand touch points as successfully or with as much sophistication as Burberry has. What this has demonstrated is that there is still so much power in music that remains to be explored. While more and more luxury brands have started engaging in music via curated playlists on Spotify and YouTube, it still lacks Burberry’s originality and “uniqueness”.