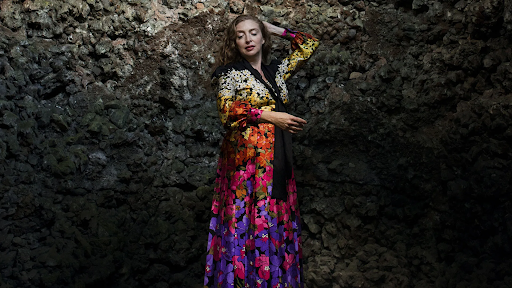 Fashion and Art have had a long-standing relationship. It has managed to pass the test of time through its continuous investment in each other. And this investment goes far beyond just monetary- it’s also emotional. The respect and admiration they have for one another serves as more than simply inspiration for their collections. They provide each other the space to explore and express themselves, and feel safe while doing it.

Moving past collaborations for designing shoes, bags and dresses, fashion is now creating spaces and platforms that give artists the freedom to express themselves, uninhibitedly. This is a step further for fashion who, until a few years ago, would commission original pieces by both established and emerging artists in the name of authenticity. And one of the most notable names for this move is Gucci, who in 2019 launched it’s Artist In Residence programme at Chatsworth House, UK.

THE ARTISTS IN RESIDENCE PROGRAMME, GUCCI

The Artist in Residence Programme is Gucci’s residential artist program wherein they invite artists to live on the Chatsworth House estate in the UK. The artists live on the estate for a fixed term to draw inspiration and create new pieces.

Chatsworth House, the estate of the Duke and Duchess of Devonshire, was unveiled as the first Place as part of a new project, Gucci Places, by the brand. The project is dedicated to those seeking the unexpected in travel and experiences. Gucci shot the Cruise 2017 campaign at the House and Garden under the creative director Alessandro Michele. Fascinated with British culture, he cites a ‘British attitude’ to his work which makes this historic English estate ‘a natural partner for Gucci’.

The programme kicked off in July of 2019 with the unveiling of a sculpture called ‘Britannia’ by the renowned American artist Rachel Fienstein. Famous for her multi-part installations combining an array of cultural inspirations ranging from myth to decadence, Rachel is the first artist to participate. Her works have been displayed in various museums around the world including a showcase at the Gucci’s ‘No Longer/Not Yet,’ exhibit at the Minsheng Art Museum, Shanghai in 2015.

Her stay at the Chatsworth House inspired Rachel to create the ceramic sculpture ‘Britannia’, named after the Roman mythological figure representing the British Isles. This sparked some controversy though since it reminded people of the other ‘B’ word- Brexit. But, like with any other work of art- it is open to interpretation. According to the artist though, the name was inspired by Royal Derby porcelain sculpture at the V&A Museum, London. For her, “it’s a reference to mortality, and life and death”.

A second piece of art on display in the Gardens is called ‘Rococo Hut,’ an aluminium and graphic representation of a playhouse- which appears like a stage set or pop-up book- part of a series called ‘Folly.’

Both the sculptures reference the baroque and rococo styles of the 18th century art and architecture. The pieces fit right in with the Duke and Duchess’ private collection on display in the estate, where they have all sorts of collectibles from funky ceramics to chocolate sculptures of dogs. Britannia will be on display in the grotto on the grounds of the Chatsworth House for members of the general public for the next five years.

Over the years, there has been a gradual shift in the relationship between art and fashion. It has become less literal. It has gone beyond the production of a designer bag with a digitally printed replica of a famous painting. Brands have now started investing in original art by commissioning artists to create authentic works for the public to consume. And Gucci, as ever, has come out as the patron to all the artists blooming in maximalism to make their art more fashionable. Oh, what a beautiful time to be an artist!

For Gucci and Chatsworth House though, this is just the beginning. A partnership that started with the sponsorship of an exhibition at the estate, “House Style”, and then the shooting of Gucci’s Cruise 2017 collection in the estate gardens. More artists will continue to come reside on the estate as part of this Artist in Residence programme over the next few years.